During my undergrad studies, my interests were focused around VLSI and electronics design with some introduction to RF communications. I found myself excelling in the VLSI/electronics courses. The math, spatial planning, and product creation was a great way for my logical and artistic sides to come together. I felt that this work really tapped into my potential and professional aspirations. The projects that I remember enjoying in particular were: my Intro to VLSI course projects (2nd-order lowpass filter, 8-bit A-D converter), and my Digital VLSI final project, (16x16 3-transistor DRAM).

When I graduated, I was presented with a great opportunity to join the staff at the Johns Hopkins University Applied Physics Laboratory, as well as pursue a Masters degree at JHU. Since the work at JHUAPL was focused on networking and communications, (fields that I knew little to nothing about) I decided to focus my Graduate studies on Telecommunications.  Since then I have been learning and growing in several new areas, including computer programming languages and concepts, Software Defined Radio technology, Verilog FPGA programming, and testbed automation design. From these experiences, I know that I am able to learn new topics quickly, while enjoying broadening my professional skills and becoming a critical piece to every task I am given.

I am hoping to find a new position where I can utilize my current skill set as well as increase my knowledge and capabilities in other areas, whether it relates to RF communications, VLSI and electronics, software development, or something new. I know I would be a great addition to your group and the work you do. My ability to adapt to new programming languages, hardware, and tasks has been a great asset in my current workplace, and I look forward to pushing those abilities to new places.

Main objectives included testbed design, technology analysis, and some product design. Most projects were federally contracted and lasted for short    intervals  of time. Some projects were for IRAD purposes in order to further understand a technology.

Designed a test model for upcoming Sensing and Diagnostic Modules by converting C++ scripts into a MATLAB/Simulink model while working with a team of engineers and the GM intranet.
Special Recognitions

A passive technique for fingerprinting wireless devices with Wired-side Observations

In this paper, we introduce GTID, a technique that passively fingerprints wireless devices and their types from the wired backbone. GTID exploits the heterogeneity of devices, which is a function of different device hardware compositions and variations in devices' clock skew. We use statistical techniques to create unique, reproducible device and device type signatures that represent time variant behavior in network traffic and use artificial neural networks (ANNs) to classify devices and device types. We demonstrate the efficacy of our technique on both an isolated testbed and a live campus network (during peak hours) using a corpus of 27 devices representing a wide range of device classes. We collected more than 100 GB of traffic captures for ANN training and classification. We assert that for any fingerprinting technique to be practical, it must be able to detect previously unseen devices (i.e., devices for which no stored signature is available) and must be able to withstand various attacks. GTID is the first fingerprinting technique to detect previously unseen devices and to illustrate its resilience under various attacker models. We measure the performance of GTID by considering accuracy, recall, and processing time and illustrate how it can be used to complement existing authentication systems and to detect counterfeit devices.

Build and utilize an automation test bed with the capability to determine the performance of the CDMA 2000 technology utilized in Verizon Wireless cell phones while in the presence of jamming.

Read and interpret the C++ code previously used for testing.
Develop a Simulink, or graphical, model of the 900 series Sensing and Diagnostic Module based on the C++ code. 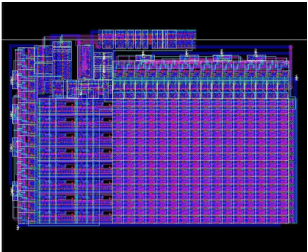 Design and build a small-scale public address (PA) system, comprising of the following: